Giving, the act of sharing and being selfless.

I apologize. I’ve posted about 47 blogs with varying subjects and I’ve never blogged about giving. It’s something that’s really taken for granted, and in my opinion, it’s essential to living a full purposeful life.

Give   verb 1.freely transfer the possession of (something) to (someone);

When I worked in Bethesda, MD things were good. They’re good now but back then your boy was what they called “Ballin”.  A friend and co-worker named, Rene Copper told me, “..when your cup runneth over, don’t do like most people and get a bigger cup, help someone that has a cup that is not yet full.”  That was at least ten years ago in around 2001 but I never forgot that advice.

We tend to get into a cycle of wanting, shoot we’re conditioned to purchase stuff, buy more, get a lot, eat all you can. If you buy the Mercedes, you want the Jaguar, if you get 1 carat you want 2 more. It’s a selfish philosophy to keep wanting, taking and getting, but we all do it. Giving is something we all should do. Giving is an act of sharing that allows you to think unselfishly. I think it promotes good karma to give energy, time, respect, compliments, money, possessions, and of yourself…without any expectation of getting something in return.

tithe noun 1. is a one-tenth part of something, paid as a contribution to a religious organization or compulsory tax to government.

While I do believe in tithing, I don’t adhere to the notion that I can only give to the church. I give to any individual or organization whenever I feel it’s appropriate. There are people who will disagree, mostly people in the church, but that’s okay. I support that decision too but I support my opinion first.

A few years ago I went diving in Belize.  Before the trip, I packed some clothing that I planned to give away. Notably, I packed a pair of puma sneakers, they were NICE, but I didn’t wear them much. I wore them about 10 times. I guess wanting them was better than having them. Don’t get me wrong, I was apprehensive about giving these jauns away. I liked them and they were not cheap, but I know I just didn’t wear them.

Well, while in Belize, I saw this young man on the beach with nothing on his feet. I asked him in broken spanglish what size did he wear, Quando? and I put my foot next to his. He responded, “Nueve”. I said, “Un momento, por favor” (One moment please) and I ran to my room to get the pumas. When I was coming back with the pumas dangling from my fingers, his face lit up. I handed the pumas over and nodded yes and said, “por favor”, he responded,”gracias”. I turned to speak to fellow divers for a moment, turned back and he was gone, pumas and all. I mean no sign of him, like bugs bunny turning into white smoke, gone. That apprehension about giving the sneakers away was gone with him, immediately. I was tickled but it felt good, karmic good.

I still felt humbled in a way…I really can’t explain it. I just know I didn’t want to be the arrogant tourist giving away my trash. I didn’t want THAT feeling, I wanted to just give. Anyway, this past July I went to Cancun, diving again but I didn’t plan on making any kind of donation. My friend Yasmin, told me that she gives every time she visits a country. I was blown away but it reminded me of something I could do on my next trip. 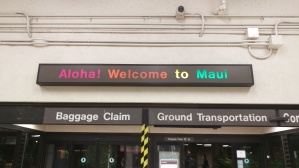 Maui, going to the left to get my bag!

Well, my next trip was last week, I planned and went to Maui, Hawaii for the 25th anniversary black scuba divers summit, NABS. http://www.nabsdivers.org. Yes, black people scuba dive and have been doing it for years. The group had already coordinated a feed the homeless activity during the summit, headed by Karry.

Donation from the DC chapter of Concerned Black Men, Inc.(CBM) to Ka Hale A Ke Ola(Khako)

I planned the donation better this time. I thought of the “Giving Tuesday” initiative and my DC chapter of Concerned Black Men, Inc. I called the President of Concerned Black Men(DC Chapter), Dedan Bruner and mentioned my idea about donating. Dedan said, “I’ll do you one better, we have some t-shirts and some book bags to donate.”I responded, “Let’s do it!” Dedan put the box outside of the office, it almost was thrown away but he handled it.

In researching  a shelter to donate I found that Hawaii has a huge problem with homelessness. Homelessness in Hawaii has grown in recent years, leaving the state with 487 homeless per 100,000 people, the nation’s highest rate per capita, above New York and Nevada, according to federal statistics. Since 2010, the rise has come even as the national rate has fallen. I called Michele Ma’alea, Westside Site Director at Ka Hale A Ke Ola Resource Center.  I told her what I planned to do. Michele was gracious and so supportive it made me nervous. I had to do it now. 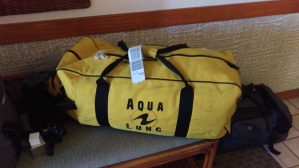 I rented a car and drove up to the Ka Hale A Ke Ola, Westside Resource Center and met Michele for the first time.

She was enthusiastic still and grabbed a box to put the clothes. Everyone was helpful, I felt good, karmic good.

“The House of Life”

Ka Hale A Ke Ola is a comprehensive resource center that provides emergency shelter, transitional housing, adult education and training, counseling, a primary care medical clinic and facilities for child care. KHAKO is dedicated to serving the needs of the homeless and hungry on Maui by providing emergency food and housing, voicing their concerns, and empowering them to take responsibility for their own lives, and to call on the community to assist in these actions.

To donate to the DC Chapter of Concerned Black Men, Inc. and the “Be the difference” campaign visit their site here:

I’ve learned that you shouldn’t go through life with a catchers mitt on both hands.  You need to be able to throw something back.